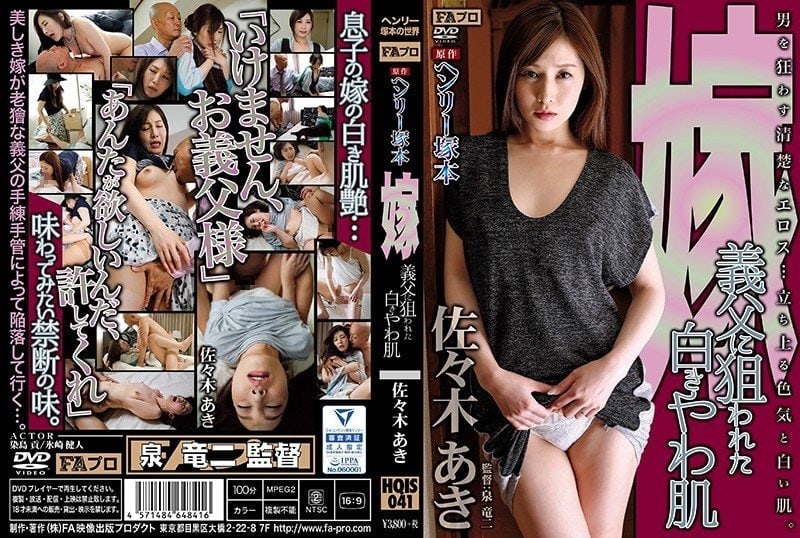 The most impressive part is the drama direction. There are a lot of porn movies nowadays that give a lot of reasons for crossing the line. They use stolen images from cell phones as blackmailing phrases, take advantage of people’s good intentions, and other strange excuses.
That’s not the case in this drama. “Michiyo-san, I’d be happy if you’d just let me take you in my arms.” The father-in-law’s unapologetic pick-up line is the most direct.
He calls her by her name, “Michiyo-san,” and when the affair is over, he apologizes, saying, “I couldn’t resist your innocent sex appeal.” What is this graceful manipulation? You don’t need a reason or an excuse to have a relationship with someone. And there’s more!

[IQQQ-010] Teacher Is Unable To Make A Sound While Orgasming!

[MOND-211] With My Lovely Stepbrother! (English)

[DTRS-024] Women In The Infinite Hell Of Wife Slave!