Home GVG [GVG-526] A love story between mother and her son!

[GVG-526] A love story between mother and her son! 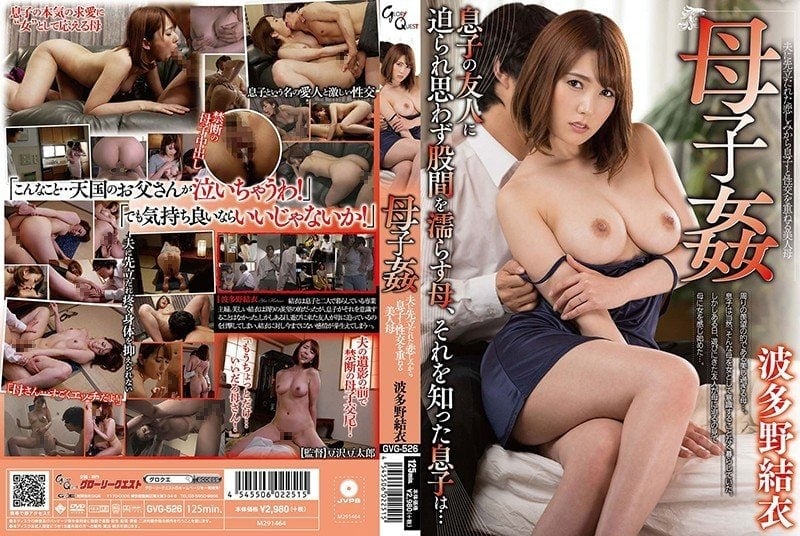 [GVG-526] A love story between mother and her son!

After losing her husband, Yui raises her son on her own. One day, her son’s male friend asks for her body.
Yui desperately tries to resist, but her body actually reacts… This story opens the door to a forbidden love between a mother and her son, who sees his mother being attacked by a male friend and feels that his mother is a woman, and a mother who has lost her husband and can’t hold on to her body.

I watched it because, in the introductory poster, Hatano’s skin looked even more sexy than usual. In fact, the first time they intertwined was wonderful, and it was great to see her climax repeatedly while complaining to her son that it didn’t feel good.
Her face seemed to relax at times, especially when she was being thrust from behind. It is a pity that the camera follows her facial expression and does not capture the lines of her body and the joint area.
In the second scene, the mother, Mr. Hatano, started the scene easily, and the tension was lacking. This one was rather beautifully shot but not as powerful as the first one. However, considering the first scene’s excitement, I can’t blame them for filming it in one day.

Enjoy watching, and again thank you for supporting.

[JUY-168] In Front Of The Portrait Of My Dead Husband!

[NDRA-042] Wife Who Became A Mistress Of A gangsman!

[NSPS-897] My Beloved Wife Is A Sex Doll Night Life With A Stranger!